With Google Cloud Platform, our customer MeisterLabs can enjoy high performance, high scalability and ensure its customers can keep their data in a secure environment.

With strong design principles and a web-centred philosophy, MeisterLabs has perfected its productivity tools for online collaboration. Since its foundation in 2006, MeisterLabs has registered 8 million users for its mind mapping tool, MindMeister, and in 2015 the company released MeisterTask, for project management. Over time, Meisterlabs integrated its products with Google Drive and G Suite, bringing its products to an even bigger market than before. When the time came to move its infrastructure to the cloud, MeisterLabs believed that Google Cloud Platform(GCP) was their ideal solution.

Scales up or down at the click of a button instead of spending days configuring new physical servers.

MeisterLabs’ products are widely used by businesses and individuals across the world, so having a stable, high-performing infrastructure is vital. Striking a balance between performance and security, MeisterLabs previously opted to maintain physical servers in an offsite data center. While this kept data secure, it placed a great deal of responsibility on MeisterLabs to maintain servers, and roll out new ones as the business expanded. With traffic dropping off over the weekends, this also meant sinking costs into infrastructure that would not always be used. Without an affordable cloud solution that held its data in Germany, MeisterLabs had to compromise.

„What stands out with Google Cloud Platform is the stability of the whole thing. It’s so reliable and so easy to use. For us, it’s the most reliable cloud that we know.” (Till Vollmer, Co-Founder, MeisterLabs)

In late 2016, when Google announced the forthcoming rollout of new Cloud regions across the world, MeisterLabs knew that it was ready to switch to the cloud. They teamed up with Google Premier Partner Cloudwürdig, and began planning in earnest. Days after Google’s German Cloud region went online in August 2017, Cloudwürdig and MeisterLabs began the migration. With 8 million customers, MeisterLabs wanted to minimize downtime so Google brought MeisterLabs into a closed alpha group to test new live data migration features in GCP. Transferring its stack to Google Compute Engine gives MeisterLabs a highly scalable solution to handle its customers demands at all times. Google Cloud SQL provides a familiar, intuitive way to manage the company’s databases while Google Cloud Storageholds its data. GCP’s networking products like Cloud Load Balancing ensure a smooth experience for customers no matter the server load.

“We are technologists at MeisterLabs, so we do know our stuff. Still, there are always details to figure out during a migration and it’s not always easy. Cloudwürdig really helped with all their Google expertise. They set up a workshop with Google where we could ask all our questions and verify our migration plan. And then, during the migration, they provided us with technical help,” Vollmer said.

“The scaling works incredibly well for us. If we get an upsurge in users because of a marketing campaign or whatever we have to provision new servers. Before, I would have to call the data center, get a new physical machine, ship it to the center – it probably takes more than a week. With Google Cloud Platform, I can add more machines with just the click of a button. Or even better, automatically. So you don’t even need to click a button, you just set up everything on autoscaling.” (Till Vollmer, Co-Founder, MeisterLabs)

With Google Cloud Platform, MeisterLabs can take care of its customers’ requirements without compromising the performance benefits of cloud-based infrastructure. If a marketing campaign takes off, MeisterLabs can provision more servers at the touch of a button instead of ordering, installing and configuring a new physical server. In addition, with Google’s sustained use discounts, MeisterLabs estimates that it will cut costs by around 30% compared with its existing data center solution. Once the migration is complete, MeisterLabs will continue looking for ways to optimize its tools with Google. Firebase’s collaboration features and PubSub’s automated queueing offer tantalizing prospects for the company. As its business grows, MeisterLabs can trust its infrastructure to grow with it on Google’s global network of Cloud Regions.

“Scaling is a big draw for us. It’s easier to add and remove machines with Google Cloud Platform. With Google, we can easily scale down on the weekend when we have less traffic. Then on Monday, we can add more servers to meet demand. You can really deliver what people need, when they need it, and still reduce your costs on weekends. At the end of the year, that will have saved a lot of money,” Vollmer noted. 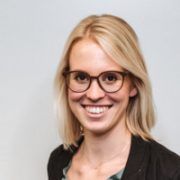